Newsday Tuesday – Cats in the Courtroom 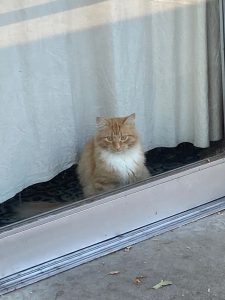 In my Klepto Cat Mystery books Rags (the cat) often solves a crime or unravels a mystery. He’s been an eye-witness, he’s been part of a lineup, he has pawed a culprit, and he has discovered important evidence. But the essence of my stories aren’t necessarily all fun and games and entertainment. Animals/pets are being used more and more often to prove or disprove someone’s guilt. With the inclusion of fur, claws, and even poop in the evidence room, some trials are catapulted in unexpected directions. Here are a few examples:

As far back as 1994, cat fur from a cat named Snowball convicted a killer. 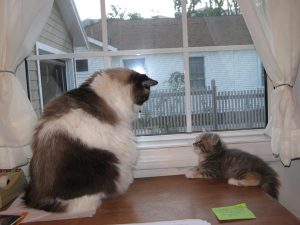 crimes. In the UK, Tinker-cat’s fur helped convict his owner of murdering his neighbor. Now that’s mutiny if I’ve ever heard it.

In Indiana, an animal “poop patty” convicted a killer. In Dallas in 2002, a cockatoo who lost his life in a home invasion robbery provided the DNA evidence in his beak to identify and convict the culprits.

It’s interesting to me that my fiction is more true to life than I thought as strides in DNA testing labs for pets have made it a legitimate practice now to consider one’s pets at any crime scene.