Frivolous Friday – Your Cat is Under Arrest 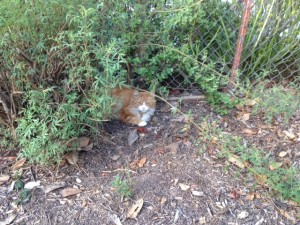 Today, I thought we’d talk more about laws involving cats—some of them, I’m pretty sure you didn’t know about. It’s interesting to me that there seems to be no data indicating that there were cats here in the US until the 1600s when Europeans started settling here. Did they bring their household pets or were the first feline settlers the ships’ cats—brought on board for rodent control? As more people came, more cats came and those cats brought about more cats—you know how it goes. Finally, there came a time when it was necessary to levy some laws upon the family cat as well as the cat-a-large. Well, it all started with larger animals such as cattle and horses. As you may recall, when watching old Westerns, stealing a horse or a steer was a hanging offense. But that was because these animals were worth something. People depended on them for their livelihood.

As we continued to embrace the cat and, as a matter-of-fact, let the species breed out of control (yes, we humans are at fault there), a need for laws became apparent. But to this day, there doesn’t seem to be any federal laws—cats continue to be governed by municipalities, even states, in some cases. Some have to do with ownership, but most seem to be designed to protect the cat population.

In Colorado non-inoculated cats and dogs may not run at large. If caught, they will be 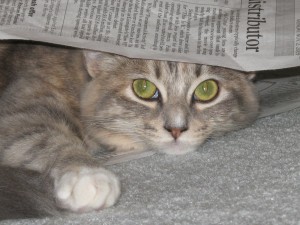 destroyed. In West Virginia, cats and dogs can run free if vaccinated against rabies. The state of Wisconsin requires that free-roaming cats wear a collar. The problem for most states and cities that create laws for cats are the enormous numbers of feral cats. In 2005, California was the only state with extensive laws regarding feral cats. For more on this and other laws as they were in 2005, here’s a link. https://www.animallaw.info/article/detailed-discussion-state-cat-laws

I found this article interesting. Tim Jones of the Daily Republic in Solano County, California, responds to a letter in his column in 2014 about laws regarding cats as well as cat ownership and our responsibilities as such. http://www.dailyrepublic.com/news/business-local/with-the-recent-cat-debate-exactly-what-are-the-laws-concerning-cat-ownership

There are many other sites with information about cat laws for the US as well as the UK. It’s quite an interesting study, actually, with a lot of controversy and mystery. But then the cat is a mystery and that is part of the problem in creating appropriate regulations.

Today, I’d like to leave you with a quote I found quite true. It’s from a science fiction writer, Robert A. Heinlein. He says, “Never try to outstubborn a cat.”