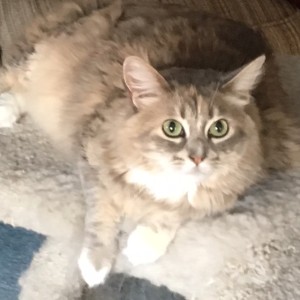 Wow! Who would have thought that in 2016, there would be a conference designed to study the DNA from over 200 cats that lived between 15,000 years ago and the eighteenth century A.D.? The truth is that researchers know little about cat domestication and, in fact, there is a debate about whether the house cat is actually domestic. Researchers admit they don’t know much about the history of ancient cats. While they claim to know their origin, they don’t know how their dispersal occurred.

It is known that the affiliation between people and cats dates back at least as far as the dawn of agriculture—about 12,000 years. Researchers analyzed DNA from the remains of 209 cats from more than 30 archaeological sites across Europe, the Middle East and Africa dated back to the period when humans lived as hunter-gatherers. It is thought that when early farmers saw the value of having cats around for rodent control, that’s when they began to tame them.

They believe that very early seafaring people probably kept cats to keep the rodent population down, as well. They found cat remains at Viking sites dating back to the eight and eleventh century in North Germany.

Another study says that wild cats were known to live among people over 100,000 years ago in Mesopotamia (modern day Iraq) and were domesticated there around 12,000 BC at about the same time as dogs, sheep and goats.

No wonder sometimes when your cat stares at you, it is as if her eyes reflect a mystical or magical knowingness of things we humans can’t even begin to comprehend.