Feline Friday Fun – The Art of Naming Your Fictional Characters 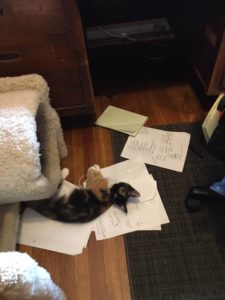 Do you ever have issue with the names of characters in the books or series you read? Have you ever put yourself in the author’s seat and questioned why they choose the names they do? It bothers me when an author uses names for characters that are similar—Annie and Angie or Robin and Raven or Bill and Will. How about Averal and Arial? I sometimes get confused when this happens in a story I’m reading.

Since I began writing fiction I realize it isn’t always easy to name a character. I’ll fairly often change a name in midstream. After writing several scenes with the name I realize it isn’t working for me. If I stumble over the name, maybe others will too. 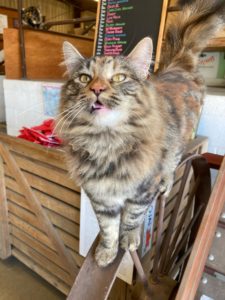 person was born? And I try my best to keep names of people who are going to interact together different enough so as to not confuse readers. I miss sometimes, though. Pamela is Parker’s long lost cousin, who I thought would be a cameo character. Turns out Pamela keeps showing up in the stories and hangs out with Parker, so and I sometimes regret using that name. But, hey, I can change it anytime I want. How about if Pamela (who is a bit quirky) decides she wants to go by her middle name? Woo-la! I can make up a new name for her. 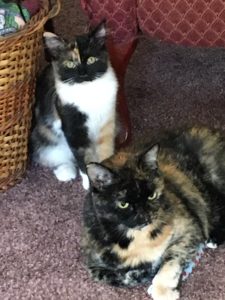 Sometimes I use names of my family members and I do that honorably. Adam, Michael’s son who comes into the story as a surprise even for Michael early in the Klepto Cat Mystery series, is named for my first great-grandson. We raised a foal from my mare years ago and trained her for show. She was a wonderful mare named Peaches, so of course that’s the name I gave Savannah’s horse. Where Savannah’s name came from, I haven’t a clue, which is the case for many of the character names. 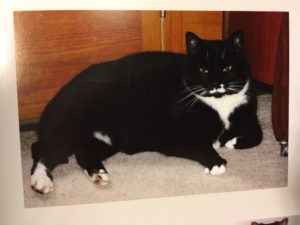 who is naming the cat or bird or whatever. A quirky character would name a pet differently than one who is a bit straight-laced. A child has different ideas for names than an adult. Sometimes the animal’s name is descriptive and sometimes sort of out there. Like Rhonda the chicken. I named the Iveys’ calico cat Glori after someone I met recently. I adored the name and used it for a precious 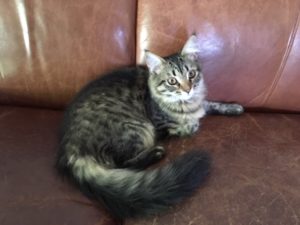 cat. Glori was thrilled and I gave her a copy of the book where Glori is rescued. I’m careful not give a villain the name of someone I know or I’m related to—just in case they take it personal. 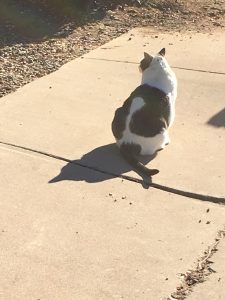 where the stories take place. I thought if I used my city and the landmarks I’m familiar with it would be too easy for someone to take offense and accuse me of defaming their business (by having an employee robbed at gunpoint or something). I could envision someone deciding I was writing about them in an episode, and I felt I should invent a place where it would be safe to make up stories and avoid stepping on toes.

That’s a peek into my thought processes and reasoning when originally planning and now writing the two cozy mystery series. If you have curiosities and questions, I’d be glad to address them in this blog. You can contact me at PLFry620@yahoo.com

This entry was posted in Cat Books, Writing about cats. Bookmark the permalink.