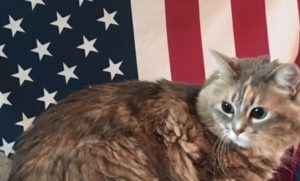 With the 20th anniversary of 9/11 occurring a day ahead of National Pet Memorial Day this year, we’ll acknowledge both on behalf of our pets.

Among the victims of the atrocity twenty years ago were animals, including cats—those cats living feral on the streets in the vicinity of the twin towers and those that were cozy in nearby apartments. There isn’t much written about them, except for Gwen Cooper’s tribute to her cat who survived the attack and the aftermath thanks to a lot of 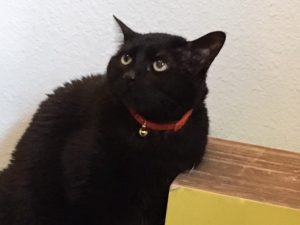 Homer’s story is interesting as he was also blind and black. Don’t most people consider black cats to be unlucky? It’s also thought that cats have nine lives. Homer sure seemed to.

If you haven’t read about Homer and you’d like to, the title of the books is Homer’s Odyssey, a Fearless Feline Tale. I could find very little written about the animals of 9/11. Here’s one story you might find interesting: https://www.huffpost.com/entry/911-pet-survivors_b_3906940

The second Sunday of September each year is set aside for National Pet Memorial Day. History tells us that people have been domesticating and relying on animals as companions since as far into history as 26,000 BC. Pet memorabilia began appearing in Germany in 14,000 BC and North America from around 11,000 BC. It’s comforting to know that our dependence on and love for our pets is, perhaps, part of our DNA.

This entry was posted in Activities for Cats, Cat Books, Cats and Holidays. Bookmark the permalink.