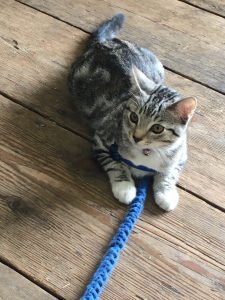 Cats on board isn’t out of the question, though, as cats 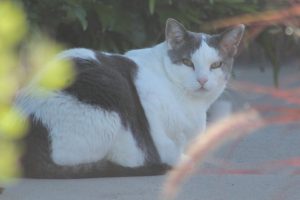 on boats and ships are common and have been for centuries. Here’s a fun article featuring some of the more famous cats on ships: http://petslady.com/article/kittens-sea-nine-legendary-ship-s-cats I particularly like the story of Trim, a kitten born on a ship heading for Australia in 1799. There’s a story 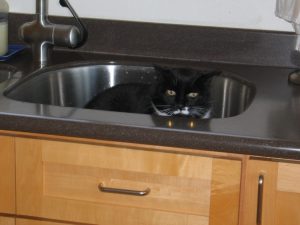 about Trim falling off the ship at one point when he was still a kitten and climbing back up on a rope. Now that’s a nautical cat. He was so well-thought of that a bronze replica of Trim sits in a Sidney library.

Here’s more cat news. In recent months in Thailand five Scottish-fold cats and a Bengal, valued at thousands of dollars, were confiscated during a drug raid. The crooks were accused of using them to launder money.

And just for fun, I thought I’d share a Huffington Post weeks’ collection of their funniest cat and dog tweets. There is some hilarity here—also some kind of uncouth comments. I love the picture of the cat in what looks like a bird feeder or little hammock hiding up in a tree. Cute. Enjoy.

Note: None of the photos reflect the stories I’ve shared here–they’re random photos from my collection.