Mindful Monday – How Many Cats Does it Take to Shoot a Movie? 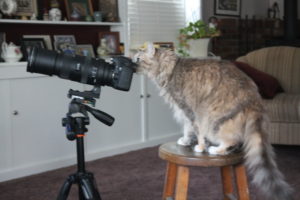 Cats star in films and they do cameo spots. They also appear in commercials. If you pay close attention, you’ll sometimes see the cat in the film change into another cat. Yes, before your very eyes, a tiger cat’s stripes might change a little, the round eyes may suddenly appear almond-shaped, the tangerine coloring fades in some scenes. Is it the lighting? The angle of the cat? Probably not. It’s a whole ’nother cat.

It’s true. Ever hear of a cat double? In Captain Marvel, for example, there are four cats 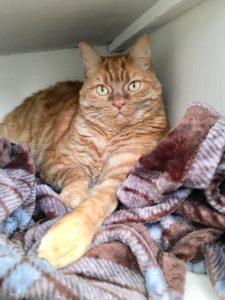 playing the part of Goose. There were six stand-ins for Bob in A Street Cat Named Bob. Do you remember Disney’s That Darn Cat? Evidently one of the several Siamese cats that played the star, DC, also worked alongside a handful of cats all playing the starring Siamese in The Incredible Journey. You might find this article interesting: https://www.nytimes.com/2019/03/15/movies/captain-marvel-goose.html

Remember Morris the finicky cat who would only eat the food of his sponsor? Smart cat. Well, three different cats played Morris over the years, but I can’t find evidence that he had a double for the commercial. He also played in a couple of films and he’s so well thought of that he was quoted once. His statement? “Meow.”

Don’t you love stories about cats? I was asked recently why Disney hasn’t picked up my Klepto Cat Mystery series for a film. Wow, what a thought. I guess it could happen some day.