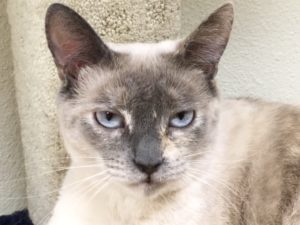 Along with the loss due to Hurricane Michael came the unveiling of surprises and interesting new direction for some. Anytime we’re challenged by unexpected change, we have choices. We can wallow in the disappointment or we can step up and make new decisions. I like the story of the couple who planned to wed in Mexico Beach. The venue they chose was destroyed, so they used what was left of that venue as the backdrop and were married there nonetheless. Good for them.

But this blog is about cats, and I do have a couple of cat stories. I promise, they have happy 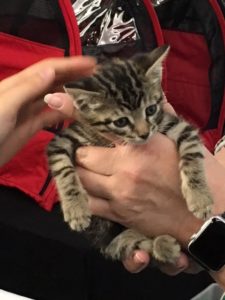 endings. One family was surprised during the hurricane when their ceiling broke away and a litter of kittens all huddled together fell to the kitchen floor. Talk about a gift from heaven. Evidently they didn’t know the kittens were in their attic, so this unexpected entrance by the cute little fur balls may have saved their lives.

Organizations across the nation leaped into action after the hurricane to take care of dogs and cats living in shelters that were damaged in the storm. Over thirty cats and dogs went to Chicago thanks to an organization called PAWS. The injured animals were treated and all are now at home in the Chicago area. Another hundred went to shelters in Delaware and Pennsylvania and others were airlifted and caravanned to shelters in Northern Florida, Georgia and other states. 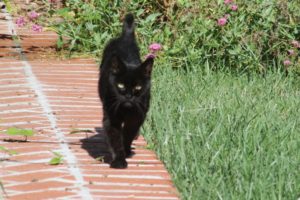 I think we all saw the video of the man walking nearly waist-deep in flood waters while carrying a cat to safety. And what about the video of the cat who was swimming in those waters trying to find a dry spot to light. Thank heavens for caring people who will stop to help an animal. And there are many still in this world.

Yesterday I received a recorded call—not from a telemarketer, but from an organization called LostPetAlert or something like that. They were alerting neighbors of a missing cat. Snow White is a nursing mother who was injured and presumably ran off in fear. Hopefully someone receiving this call has seen her and she has been located and is back with her kittens.

I think everyone who loves cats has a cat rescue story. Want to share yours here?