Thoughts for Thursday – The Cats of Disaster 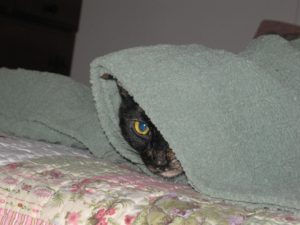 After every disaster, there are people who band together in order to rescue the cats and dogs who were left behind—some of the beloved pets whose family couldn’t get them out in time.  I know one family who lost their home in a wildfire while they were traveling. Their dog was the only one at home. Thankfully, she was rescued. In fact, she was the only thing they had left after the devastating fire.

Katrina left over 15,000 animals in need of rescue. (Another report says 250,000.) Here’s the Louisiana SPCA’s report on those rescues—including a time-line. https://www.la-spca.org/katrina

Now the focus is on Texas and the people and animals displaced in that horrific storm. Local shelters and rescue teams from across the US are already reacting to help the people, but also the animals who were affected by Harvey. You’ve probably all seen the photo of the dog trotting down a city street in the hurricane zone carrying a full bag of dog food. Now that’s a forward-thinking dog. Here’s one story about the plans that were in place to protect and save pets and livestock even before hurricane Harvey hit. http://www.huffingtonpost.com/entry/pets-safety-hurricane-harvey-texas_us_59a1efa3e4b06d67e33807da

Here’s a series of heart-wrenching and heart-warming stories of pet abandonment and rescue. http://people.com/pets/hurricane-harvey-pet-stories-rescues-reunions-animal-refugees/

This entry was posted in Cat Safety, People Helping Animals. Bookmark the permalink.