Newsday Tuesday – Are Dogs Really Smarter Than Cats? NO! 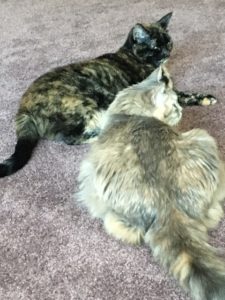 There’s new evidence showing that cats are every bit as smart (author’s note—if not smarter) than your average dog. But the really cool thing about this report is that some of the tests “may imply a type of consciousness in cats.” http://www.telegraph.co.uk/news/2017/01/25/cats-dogs-equally-intelligent-new-research/

The tests they conducted show that cats are able to “respond to human gestures, facial expressions, and emotions.” Most of us who are really into our cats already know this, right?

An interesting revelation coming from the UK: more men are choosing cats as pets over dogs. According to one source, in just one year, the number of pet cats in the UK has risen by 500,000 to  eight million. They say this is because a million men became pet owners during the year. Evidently 17 percent of men in the UK now own cats. 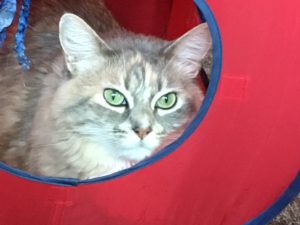 The UK is actually seventh country with the most pet cat population. The US is first with 74,800,000 pet cats. Next in line are China, Russia, Brazil, France, Germany and then the UK.

In the meantime, there are sites featuring why women should date men who own cats. In case you’re interested. But then you probably already know this to be true.

This entry was posted in About Cats, Cat resources. Bookmark the permalink.