Wild (and Sometimes Crazy) Wednesday – Where the Cat Sleeps 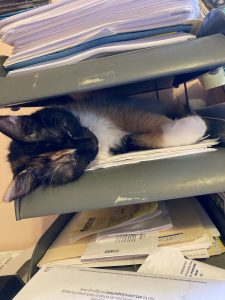 We buy our cats cushy beds and put them in the perfect spot where they’ll be safe and comfortable during long naps. But it’s a rare cat in my household who will actually use the beds. Neither Olivia nor Sophie sleeps in a cat bed—ever. Another thing I notice about their sleeping habits is that they frequently change where they sleep.

I don’t know about you, but I check on the cats 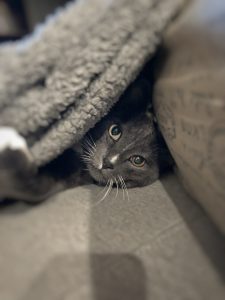 throughout the day. It’s summer, we’re in and out of the house. We have windows open at times—generally open only a smidge unless we’re in the room with the cats. Yes, we have window screens and screen doors, and neither of our cats seem to have a yearning to dart out the doors, however, if a door were to be left open or a screen should be pushed out, I don’t doubt they’d decide to take advantage or, heaven f 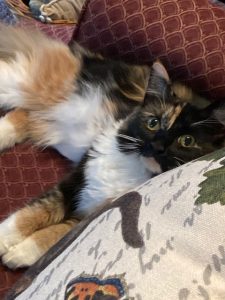 orbid, they could fall. I’ll never forget one time I was closing up for the night. It was summer and the doors were open. I went to close one door in a darkened room and there was resistance. I pushed the door a second. It wouldn’t close. So I opened it wide and Lily (our tabby) squeezed out into the room from between the door and the screen door. Oopsie. Imagine the potential danger and scare if the screen had been unlatched. … The things our cats teach us…

What I’ve noticed when I check on the cats throughout 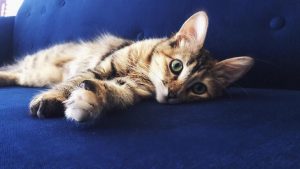 the day is that they sleep a lot—yeah, that’s what cats do, but also in different places. Sophie (at 17 years) is more predictable than Olivia is. I’ll find Sophie on my unmade bed first thing early in the mornings. When the sun 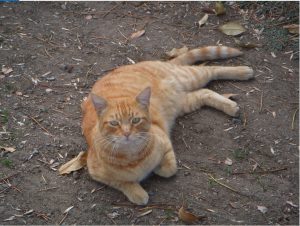 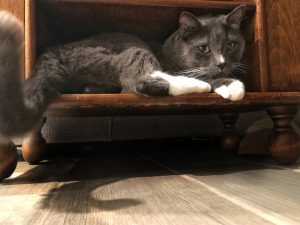 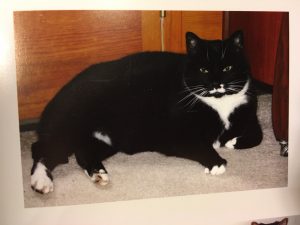 comes out and the blinds are open, Sophie enjoys lolling in a sun puddle in the living room. Later, I’ll find her in one of four places—on my bed (after it’s made), curled up in the pink chair or the loveseat or sleeping in their nylon tunnel.

Olivia makes “bed checks” an adventure for me because I never know where she’ll be (an instinct from her wild ancestors to keep her enemies guessing, perhaps?) I’ve spent several minutes looking for Olivia in some of her favorite sleeping places, on a blanket in the closet, in the mauve recliner chair, under the sofa, under my desk in my office, in the nylon tunnel, on the window shelf (where I can’t see her behind the pink chair)… You get the picture. Sometimes I finally spot her under the kitchen table sleeping among the chair legs or behind a basket of alphabet blocks almost in plain sight. I’ll sometimes walk past her several times calling for her before spotting her. Can you imagine if this wild child with her creative character had access to the out of doors?