Newsday Tuesday –Cats: Who Rescued Who? 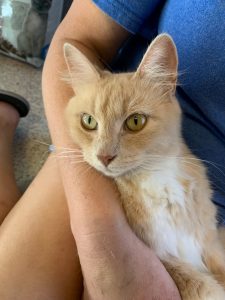 We’ve heard about cats alerting their family to a house fire. We all read about a cat attacking a dog that was bothering a boy on a bicycle. In my Klepto Cat Mystery series the starring cat, Rags, does this sort of thing fairly often. And it seems that my stories aren’t as fictitious as one might think. Here are a few examples of amazing rescues by real life cats.

One cat owner in Ohio began having a diabetes attack and didn’t know it. He was sleeping and if he had kept sleeping, he may not have survived. Did his cat, Bear, know this? Well, he knew something was wrong and he evidently felt the urge to do something about it. So he 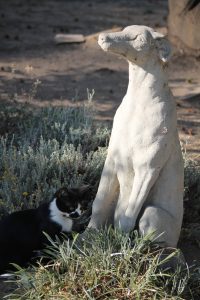 began pouncing on the man repeatedly, finally waking him up. When the man realized he wasn’t feeling well—he was able to call the hospital and get help.

In Wisconsin, a woman had just adopted a cat named Pudding hours before she went into a diabetic seizure. Little did she know that Pudding would know what to do. The cat pawed at her and bit at her, even nipping at her face. When the woman continued to struggle, Pudding woke up another family member and they were able to revive their loved one and get her some help. 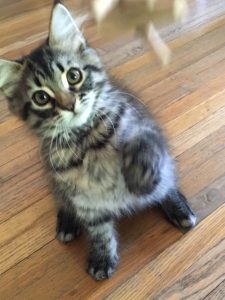 A cat named Tommy in Columbus Ohio didn’t waste any time when his owner fell out of his wheelchair and couldn’t right himself. Tommy apparently dialed 911 and summoned the help of professionals. When the rescue team arrived, they found Tommy sprawled out near the phone.

A cat named Binky attacked a man so severely when the man tried to break into his home that the intruder had to be treated by paramedics.

In New Jersey, a wily cat named Jack chased a bear up a tree and kept him there until help came. His owner said, “He doesn’t like anybody in his yard.”

Our cats haven’t done anything that heroic, but they will attempt to protect us from any flying insect or crawling spider. Being indoor cats, they’re great exterminators.