Frivolous Friday – Photo-bombing and Other Gotchas 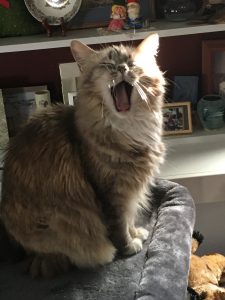 I wonder if photo-bomb is in the dictionary yet? Is selfie? You can certainly locate these and many other new terms in the world-wide urban dictionary online. Do you recall the first time you heard a new term and you wondered what in the heck does that mean? I have to say that occasionally my mind has stumbled into the gutter upon my first encounter with a new term. The first time I heard “selfie” for example, was when President Obama was doing this with one of the former first ladies (as I recall) and they were giggling. It was a big news-maker. I studied the picture of them and wondered what in the heck was going on that made them laugh like that during a formal event—was it a funeral? I knew it must be naughty. Well, now we all know what a selfie is and the vast majority of us have even participated in one or many of 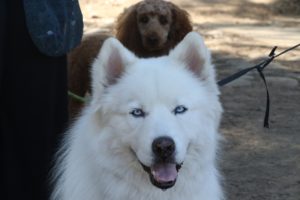 The photo bomb is another interesting term for a fun activity. This means jumping into or somehow finding yourself in someone else’s photograph. It’s the appearance of someone unexpected in a photo. It happened to me twice while traveling with gal friends. A man moved into the photo for the fun of it. Made us laugh and we have a humorous keepsake with a story behind it.

I took this picture of a pretty dog one day and didn’t realize until later that his buddy also wanted to be in the shot. Cute.

But some of my most amusing photography experiences with my cats are when they do something unexpected as in this shot of Lily.

This entry was posted in Cat Photography. Bookmark the permalink.