Wild (and Sometimes Crazy) Wednesday—What They Say About Cats

Do you enjoy some of the cat sayings you find on plaques, note cards, pillows, coffee cups and other items? Do you have a favorite? Someone gave us a sign that says, “The more people I meet, the more I like my cat.” My dad put this magnet on his fridge, “If you want the best seat in the house, move the cat.” And then there’s the one about the fact that dogs drool and cat’s rule. 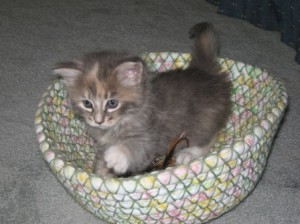 Here are some additional sayings I found for our enjoyment—some from famous people in history.

“By associating with the cat, one only risks becoming richer.” (Colette)

“The purity of a person’s heart can quickly be measured by how they regard cats.” (Unknown)

“God made the cat in order that man might have the pleasure of caressing the lion.” (Fernand Mery)

“There are two means of refuge from the miseries of life—music and cats.” (Albert Schweitzer)

“If animals could speak, a dog would be a blundering, outspoken fellow; but the cat would have the rare grace of never saying a word too much.” (Mark Twain)

“A cat has absolute emotional honesty; human beings, for one reason or another, may hide their feelings, but a cat does not.” (Ernest Hemmingway)

“If a man could be crossed with a cat, it would improve the man, but it would deteriorate the cat.” (Mark Twain)

“The smallest feline is a masterpiece.” (Leonardo da Vinci)

“Cats are absolute individuals, with their own ideas about everything, including the people they own.” (John Dingman)

“The problem with cats is they get the exact same look on their face whether they see a moth or an axe murderer.” (Paula Poundstone)

“Cats have it all—admiration, endless sleep, and company only when they want it.” (Rod McKuen)

“What greater gift than the love of a cat.” (Charles Dickens)