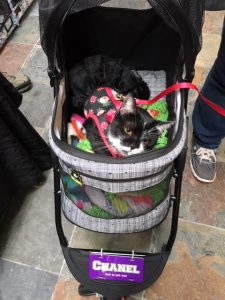 Some cats love adventure. If they’re lucky, they find a home with someone who will take them on interesting trips—hiking, canoeing, or just seeing the sights. But there’s the occasional cat who, perhaps, isn’t getting the excitement he craves, so he launches out on his own adventure. This was the case with a black long-hair cat named Sasha.

His owner let him out one night in Portland, Oregon and didn’t see him again until a cat shelter manager called five years later from 1400 miles away in Santa Fe, New Mexico saying he had Sasha at the shelter. Someone turned the healthy cat in when they saw him wandering the streets. He must have done a good job of taking care of himself as he’d gained a lot of weight—they say, weighing around 19 pounds 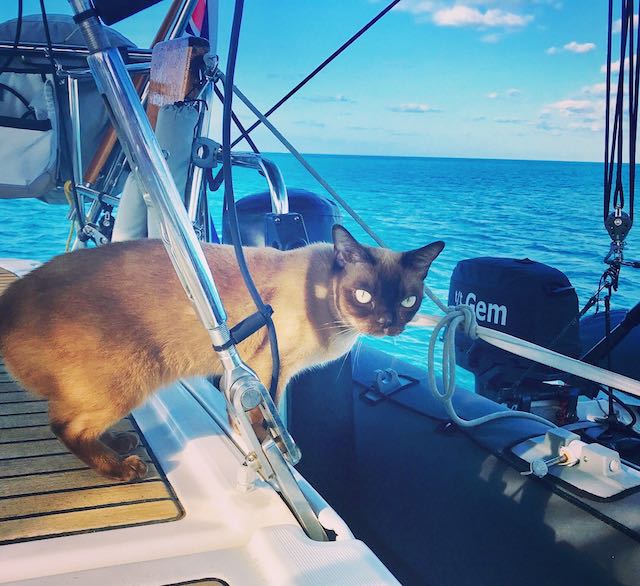 when he was found.

Here’s that story complete with photographs:

Miss Rigby enjoys adventure on the high seas. She lives on a 50-foot sail boat. According to her owners, the American Burmese has adapted quite naturally to the nautical life. I think you’ll love reading her story and seeing the pictures—especially the one of Miss Rigby wearing a pirate costume. Too cute!

This entry was posted in Activities for Cats. Bookmark the permalink.